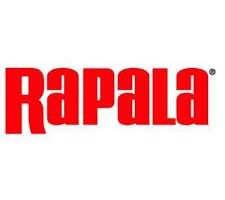 Rapala is the world’s largest manufacturer of fishing lures and other fishing related products. It was founded in Finland in the 1930s by Lauri Rapala. Their most popular product is a balsa wood minnow imitation lure called the Original Floater.
Rapala sells over 20 million lures each year, in 140 different countries. 242 all-time world-record fish were set on Rapala lures, and 15 new records in 2005. It is also the only fishing lure manufacturer that mass-produces balsa wood lures.
The Original Floater is a wobbler type of fishing lure, manufactured by Rapala. It is the first lure created by founder Lauri Rapala, in Finland in 1936. It was made of cork, and wrapped in tinfoil from cheese and chocolate, and covered in melted film negatives as a cheap alternative to lacquer.
Today, the original floater is made in seven different sizes and fourteen different colors. It can be found in many anglers’ tackle boxes, and is the best-selling lure Rapala makes, and possibly best-selling in the world.
The lure, when retrieved, swims with an action that mimics that of a wounded baitfish. It was designed this way by Lauri Rapala, because of his observations as a boy and young man of the behaviors of minnows and fish in lakes near his home in Finland, where he noticed that in a school of minnows, an injured minnow swimming with an odd wobble made it the target of a larger fish looking for a meal.