Why Is There a Baby Formula Shortage in America?

Moms-life is not easy. Taking care of your baby, feeding, bathing, and putting them to sleep can take all your day. But if your baby doesn’t get the right food, we know how difficult it is for all mothers. And recently, American moms were bound to anticipate the worst for their babies with the serious baby formula shortage.

According to FDA, baby formula is a human milk-like substitute especially made for infants. The FDA prescribes this formula to all babies under 12 months of age for healthy growth. Lately, there has been a dire shortage in baby formula, which has alerted the medical community immensely. Pediatricians are scanning infants for anemia and are presently struggling to create calibrated recipes that can replace baby formula, which can delay any risk present to vulnerable youngsters.

Doctors such as Mark Corkins from Le Bonheur Children’s Hospital (Memphis) have described the situation as “a crisis”. Datasembly’s investigation into the out-of-stock fluctuation for baby formula in the United States has shown how the shortage rose to 30%. This investigation was published in April, and as per recent data, this scarcity has drastically increased to 40 to 50%. 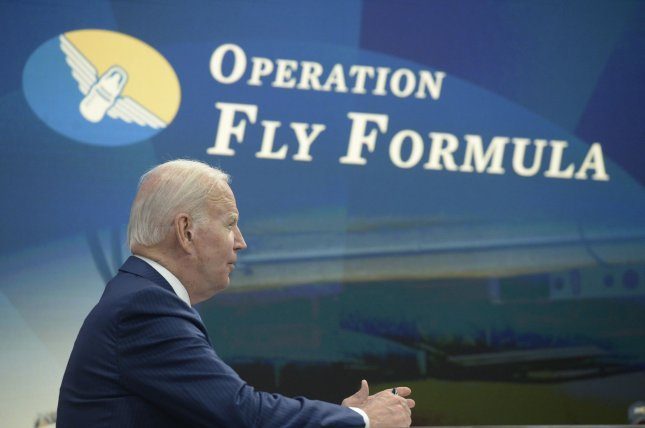 Parents are panicking and are in a state of hysteria for their babies’ health. In response, President Joe Biden tweeted, “(We’re) Launching Operation Fly Formula to use federal planes to fly formula in from abroad”. The president has also invoked the Defence Production Act to increase baby formula production at a domestic level. The social media platform has admired these steps for the on-time leadership taken by Biden.

The Federal Food, Drug, and Cosmetic Act (FFDCA) firmly prescribe that a minimum of 9 essential nutrients and a maximum of 29 nutrients must be present in commercially manufactured baby formula. Unless the new products are FDA approved, they cannot be marketed domestically, which is a positive step toward infant health. It has been made clear to manufacturers that an explicit notification to the FDA before selling any unapproved new formula is to be made. 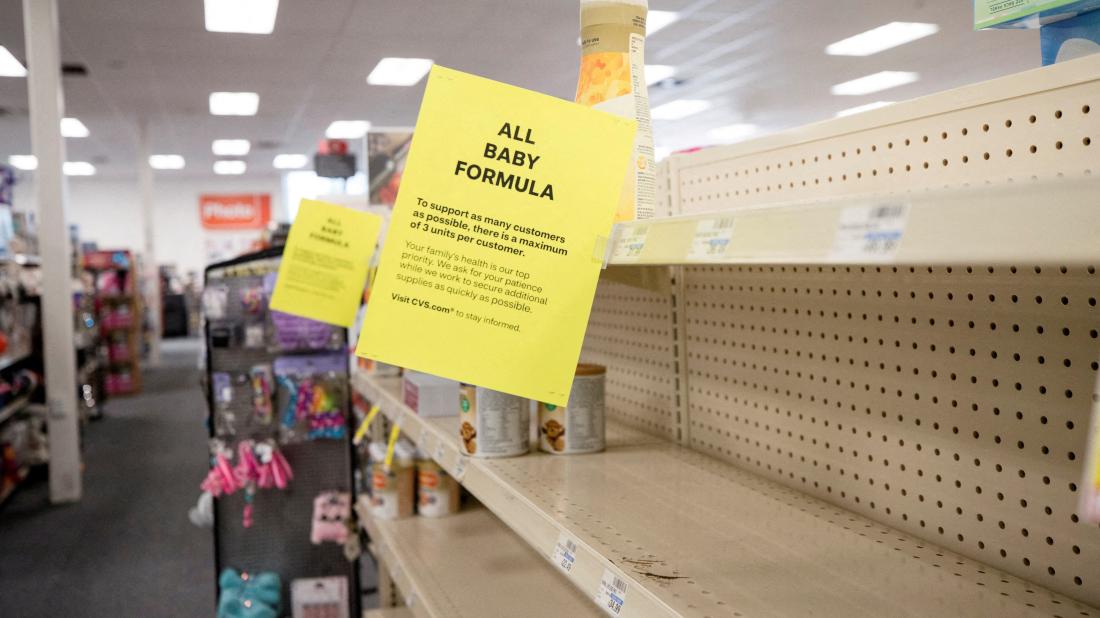 Why Do We Have a Baby Formula Shortage?

Like other secondary sector products, the shortage in the baby formula is because of disruption in the supply chain due to Covid-19. Logistical issues emerging from lockdowns and unavailability of employees due to the disease spreading have been significant reasons that have prevented baby formula supply.

The FDA has created aligned partnerships to understand spot shortages in the United States for baby formula. This partnership is helping small batches of baby formulas to be shipped out to the most affected locations across the states. These states were negatively affected by the recent recall and supply chain issues. However, due to the pandemic’s aftermath, recovery is still far ahead, and consumer purchasing habits have not changed.

Unlike other products from the secondary sector, which have recovered in production, the baby formula industry has been negatively affected. One reason for this industry taking a bigger hit is the problems surrounding (the baby formula giant-) Abbott Laboratories. As of February 2022, one of Abbott’s big baby formula-producing plants has been shut down. This takedown has been done after recalling large batches of the products following a federal investigation. 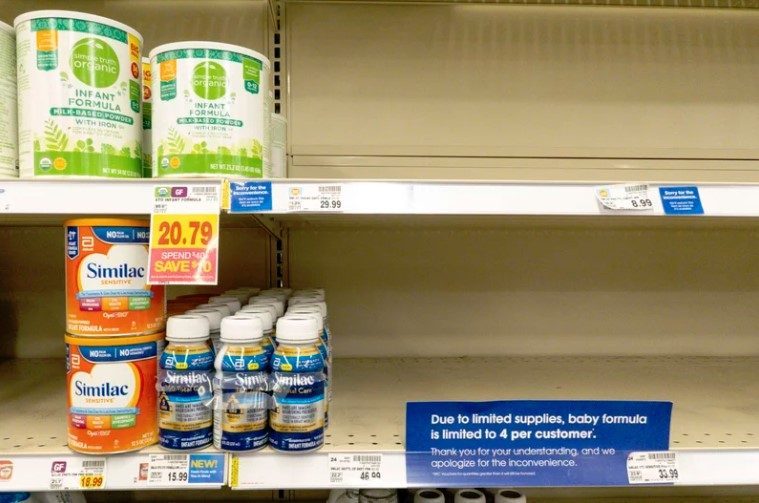 The triggering point for this investigation was infections found in four babies after consuming the baby formula, out of which two died. In addition, a former employee of the organization had filed a whistle-blower complaint against the organization for malpractices. After facing heavy scrutiny, as of June 2020, Abbott is slowly reinitiating its baby formula production as it could meet initial requirements prescribed by FDA.

The CEO of Abbott, Robert Ford, has gone on record with the Washington Post to say “We’re sorry to every family we’ve let down since our voluntary recall exacerbated our nation’s baby formula shortage”. He continued, “The FDA’s investigation did discover bacteria in our plant that we will not tolerate. I have high expectations of this company, and we fell short of them.”

Why Does it Matter, and Why is the Formula Shortage Such a Big Deal?

The baby formula provides infants with the necessary nutrition to help them develop. Many mothers dry out their breasts due to overfeeding. Similarly, mothers can become sick and transmit diseases through their breast milk. These are problems that new mothers face, but the existence of the baby formula is the nearest replacement to breast milk.

Even with technology being developed so much, reports have shown searching “Baby Formula Near Me” shows no results for most mums. Several mothers have been reportedly driving to other cities to find baby formula through broker agents only to discover that they had received false claims.

The situation is so tiring for parents that they are looking up baby formula recipes online. Some are  even trying to replicate results that are not safe. The American Academy of Paediatrics (AAP) heavily advises against homemade formulas. Medical experts share the same sentiment as they have stated that homemade recipes lack antibodies and iron-fortified elements found in breast milk replicated in manufactured formula. 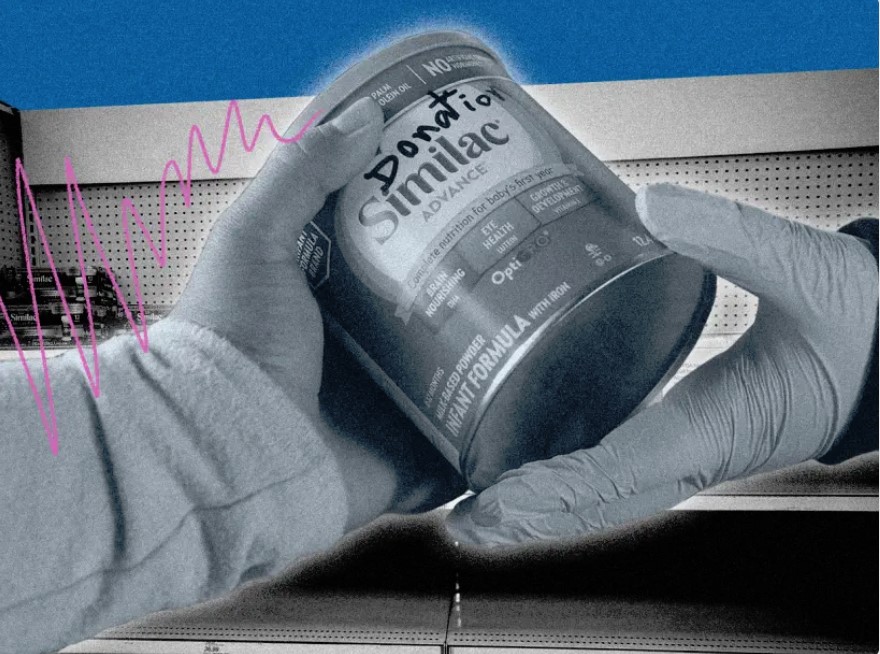 The lack of FDA-approved baby formula impacts the long-term health of newborn babies. Babies with complex diseases are most vulnerable, whose parents are from low-income sectors. These families lack adequate knowledge, time, and nutritional support, which is required to help growing babies. Non-FDA-approved baby formulas may not suit these infants as many are not able to swallow or tolerate unknown brands.

Baby’s formula is crucial to preventing long-term diseases and health issues. Two branches of immediate and future solutions are present for the foreseeable time. As per experts, a quick solution for parents you can feed solid foods to babies above the age of 6 months. Besides raw honey, growing babies can be fed cereals, yogurts, cheeses, grains, minced vegetables, and fruits. The experts have also emphasized providing energy-rich food items such as fish, poultry, and eggs. However, breastmilk is the only option for babies under 4 to 6 months of age if the baby’s formula is unavailable.

If you’re a mother whose breasts have dried out due to excessive feeding or any personal disease, donor milk is another option to which you can opt. You will get the nearest location to a milk bank, but pediatricians say you must be sure about the source.

So, before you make calls to other donor mothers in the town, checking reviews, and taking opinions from local doctors is the best way to verify milk sources.

Also, before you go for alternative ways to feed your child, consult with a specialized doctor to understand your family’s needs. Analyzing the baby’s condition, mothers’ ability to provide, and any genetic diseases can play a massive role in understanding what should be fed to your baby. Allergies can be hereditary, just like any disabilities that might be passed down. Having the opinion of at least two doctors can assure you before taking matters into your hand! 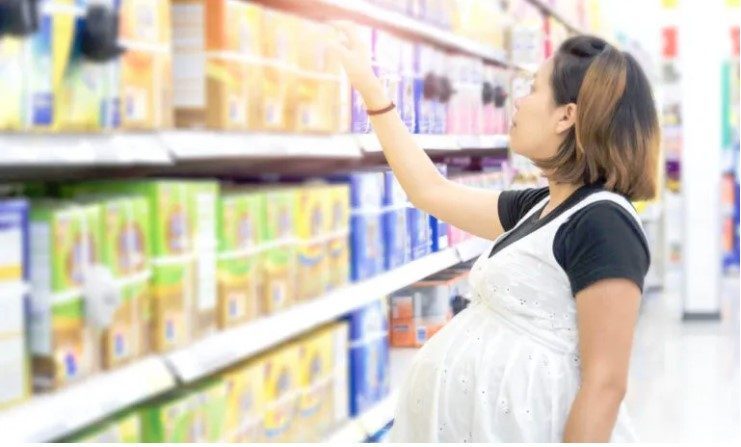 Besides the urgent solutions, looking into the horizon is also significant. President Biden has invoked the Defence Production Act to boost the shipment of baby formula from Germany into America. Data highlights that a cargo plane from Ramstein with 70,000 pounds of baby formula is on its way to the US. Another 35-ton shipment of hypoallergenic baby formula is coming from Switzerland to help the rising formula epidemic. There are rumors that these European baby formulas are healthier than US-produced products. However, conclusive evidence is not present.

Baby formula companies are racing towards getting FDA approval as the demand for the product is rising exponentially. Companies like Nestlé, Abbott, and others are slowly transitioning back into baby formula production; Despite this, acquiring resources and reinitiating employees are difficult. As doctors and parents worry about babies’ development as the crisis continues, there is pressure at both ends or companies to reopen and restless parents waiting for the product.

We understand your pain as a mother. Finding a suitable baby formula is a task now. Plus, it’s in high demand. We thought of sharing a few coupons you can grab for your baby’s food.

How to Sell Used Clothes Online?

How to Deal with Inflation? 6 Tips for You